The radical proposal stems from a special consideration of the double context of the competition area. Primarily on a spatial level, as the designated site was located on the plot of a single-family house, well preserved in its original 1950’s condition, next to a historic building on a slope on which leisure activities were planned. Secondly on a social level, because the village will host Luxembourg’s university and is in urgent need of student housing.

The project consisted thus in questioning the brief and counter-proposing collective student dwelling inside the existing house though light renovation works, while sinking the actual program under the non-preserved part of the historic building, physically extending the public space from the street to the future leisure center. 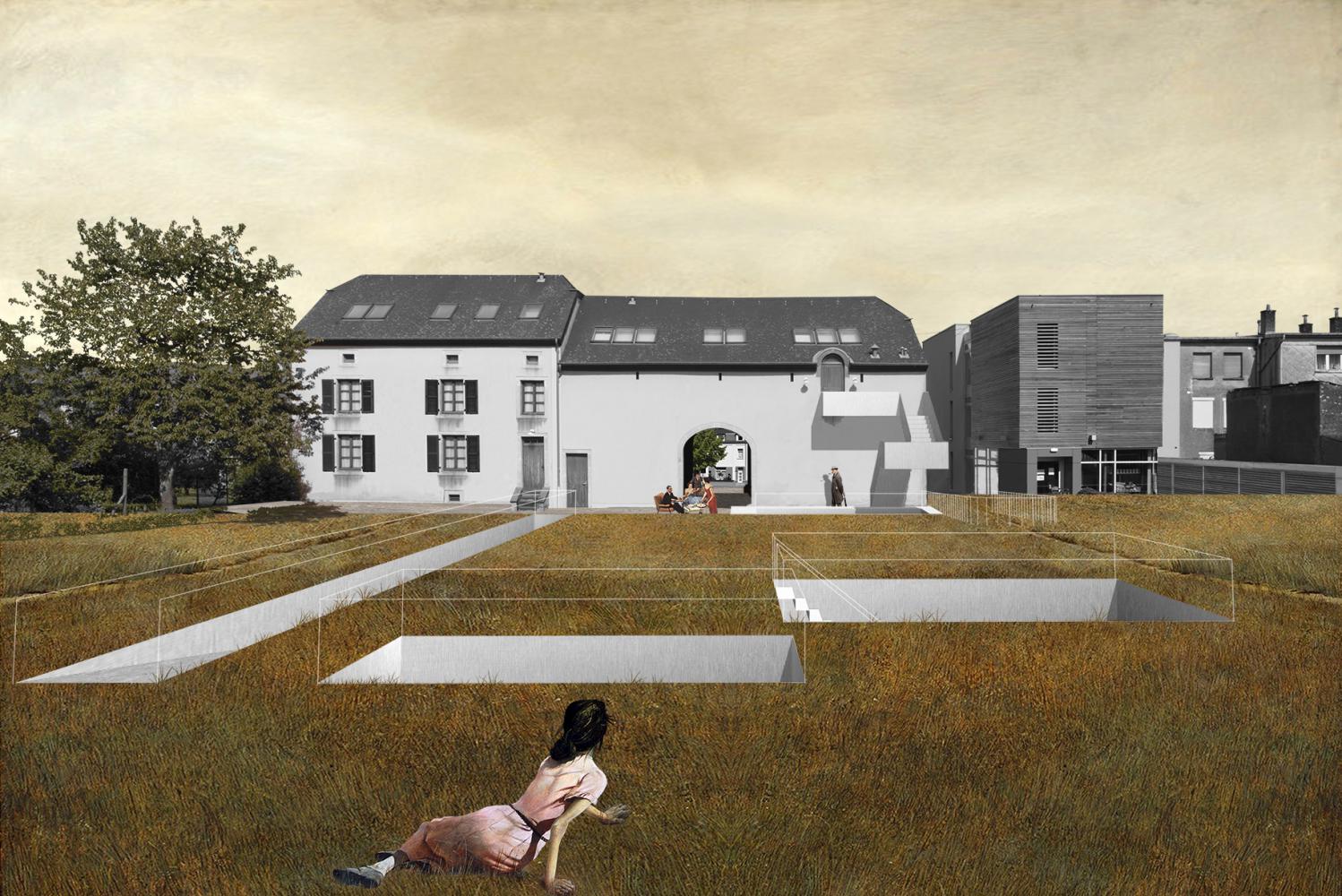 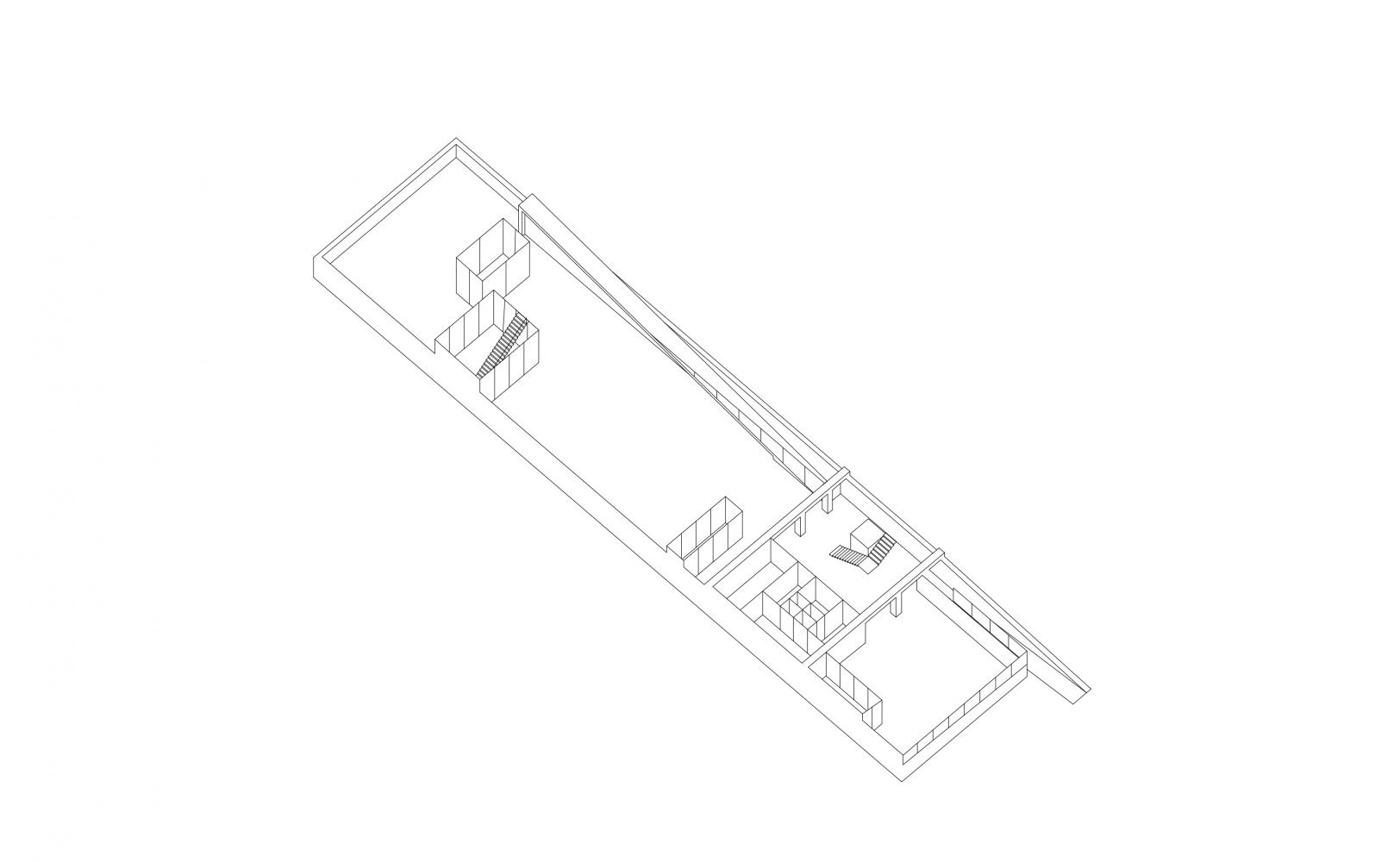 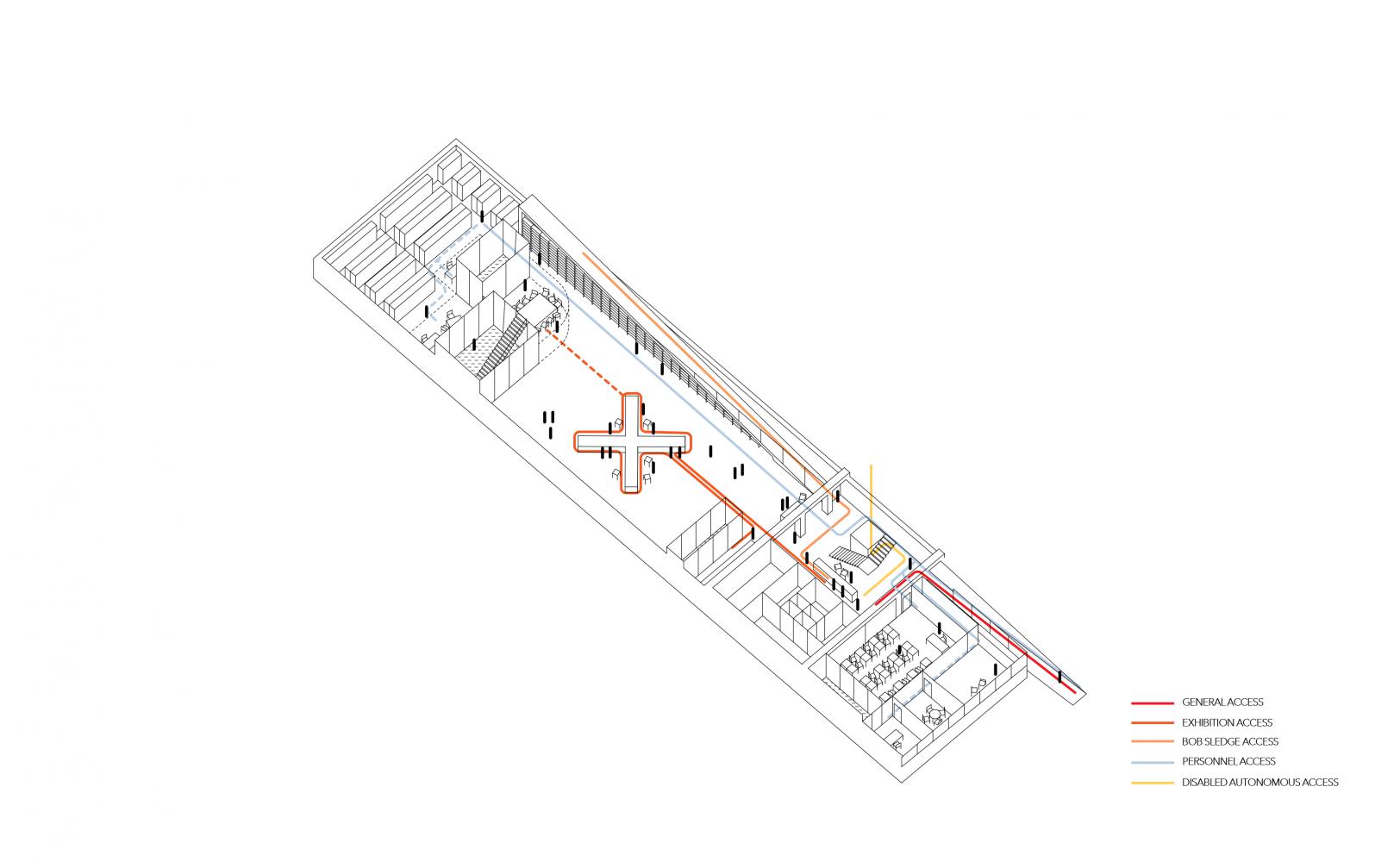 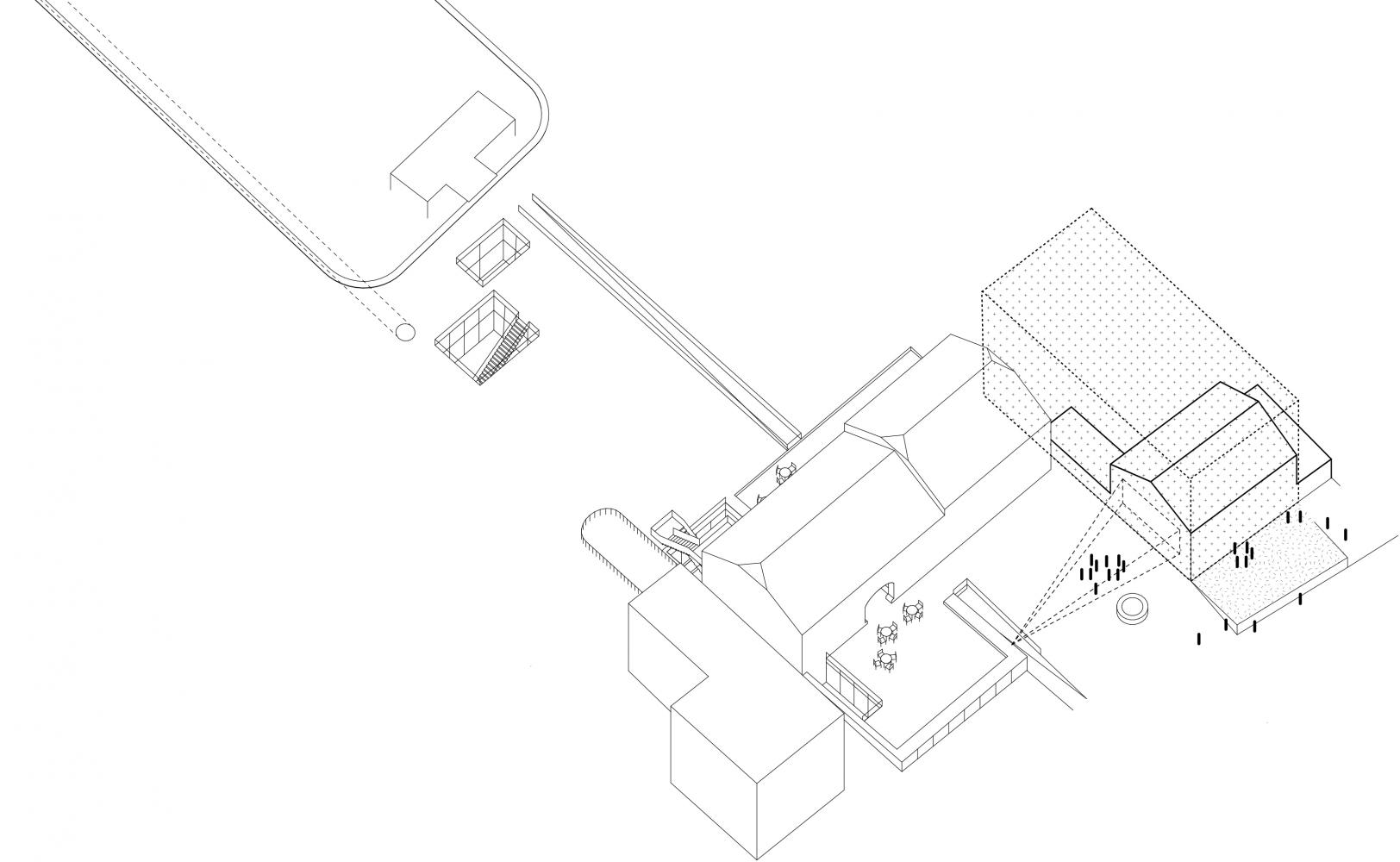 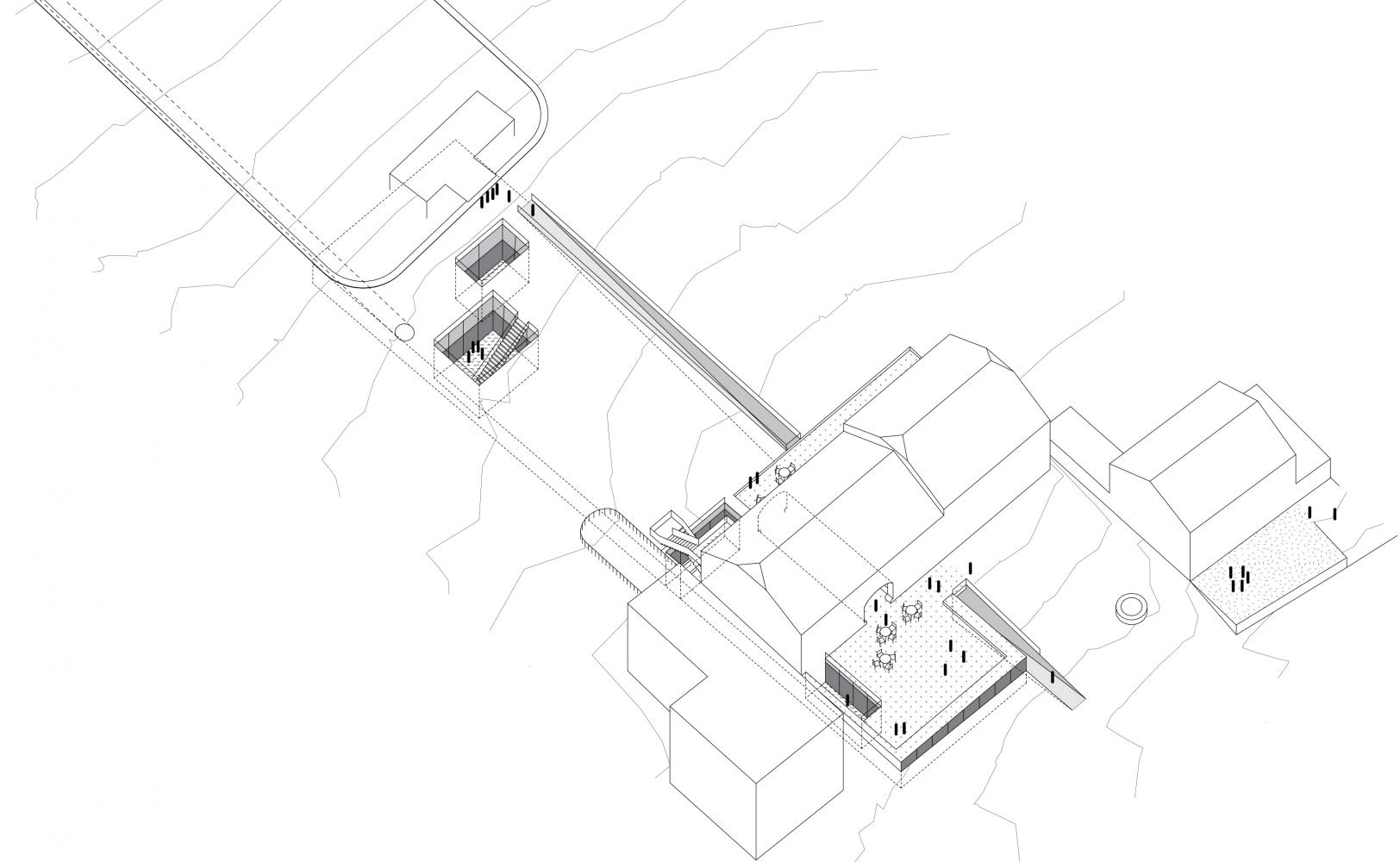 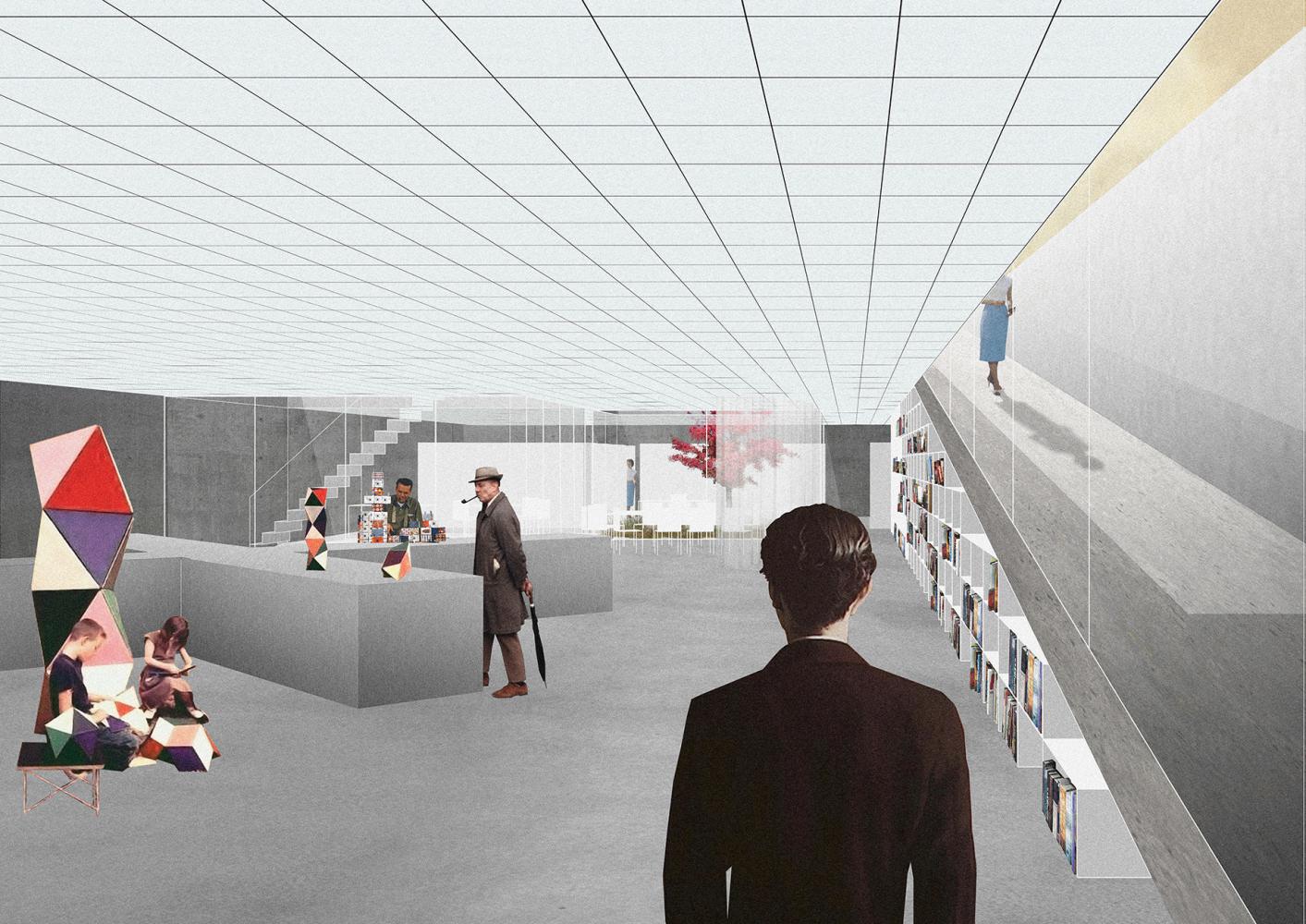