The faint attempts of mid-century domestication were stripped of this derelict early 20th century apartment.

2 precise inserts redefine a contemporary dwelling comfort: a 1,5m narrow glass box integrates a separate toilet and a bathroom. The box in translucent glass is as much a spatial as a lighting element, separating and framing an open kitchen from the entrance.

In the living room, a folded mirrored wall reflects and thus visually doubles the irregular space.

The mirror’s shelving structure defines a cell space, which is office and guest room. 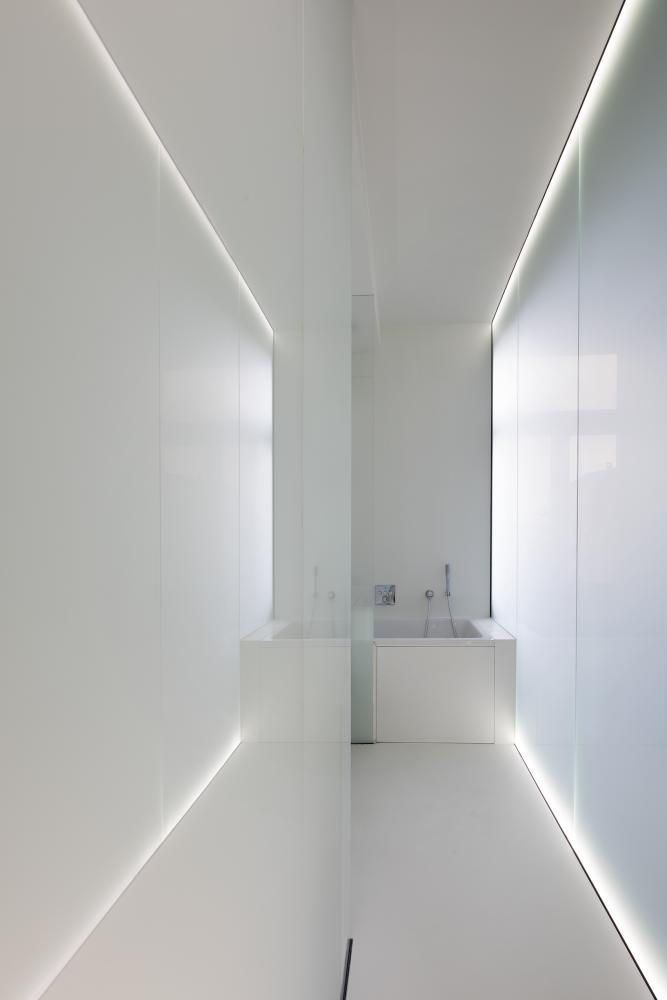 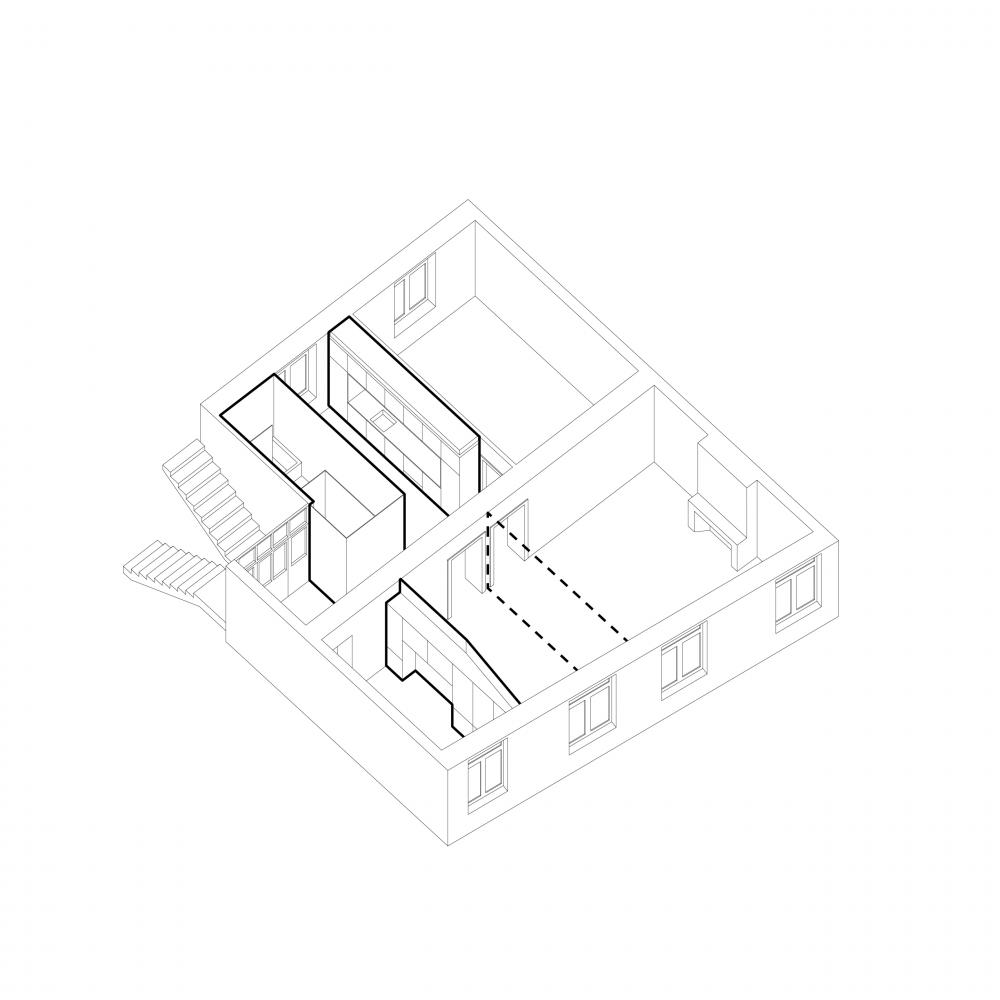 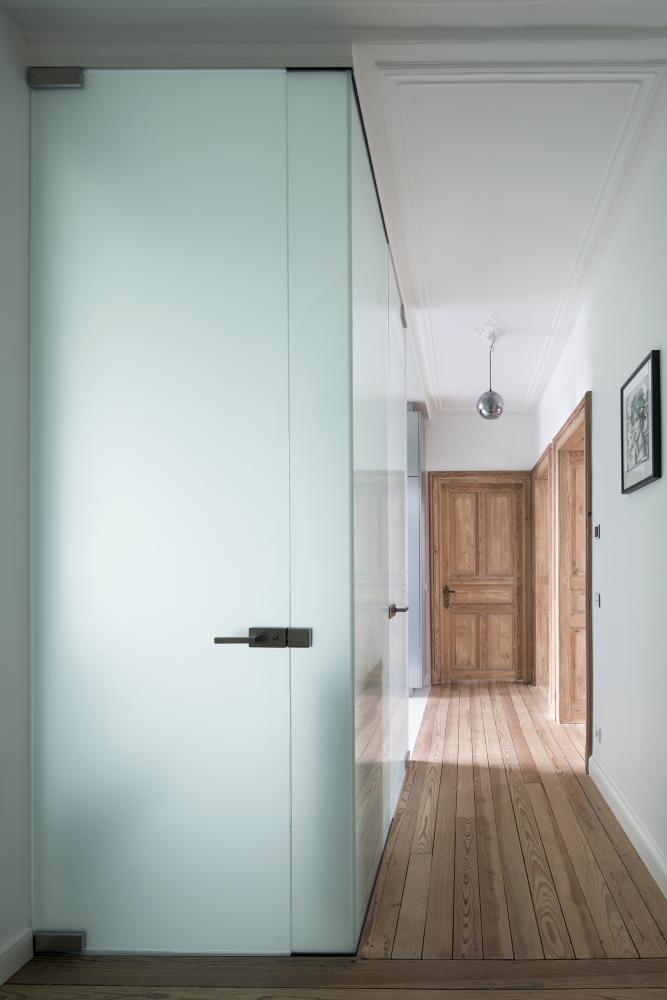 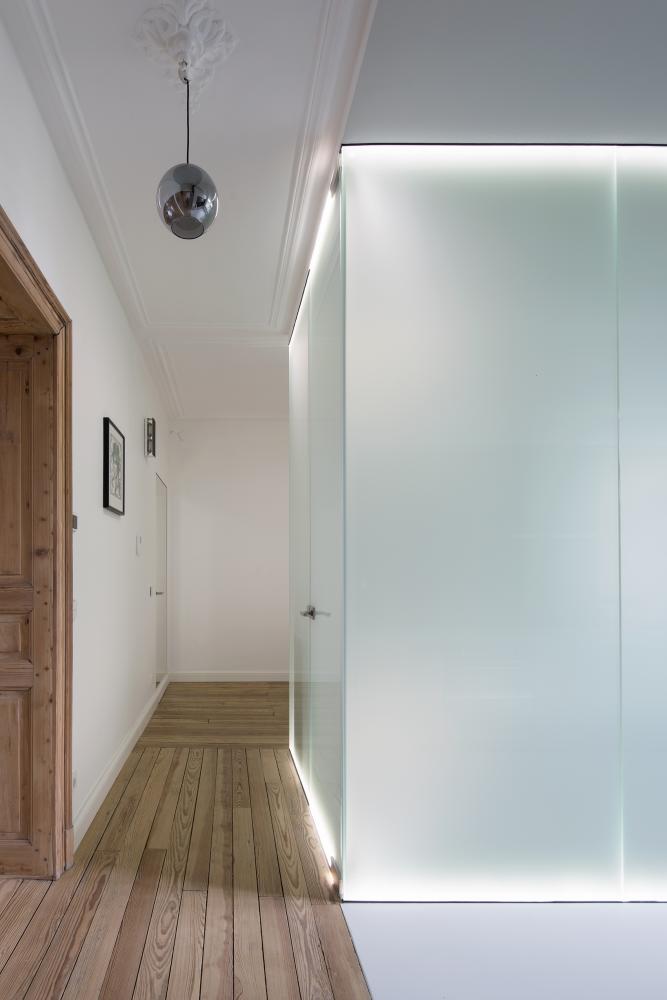 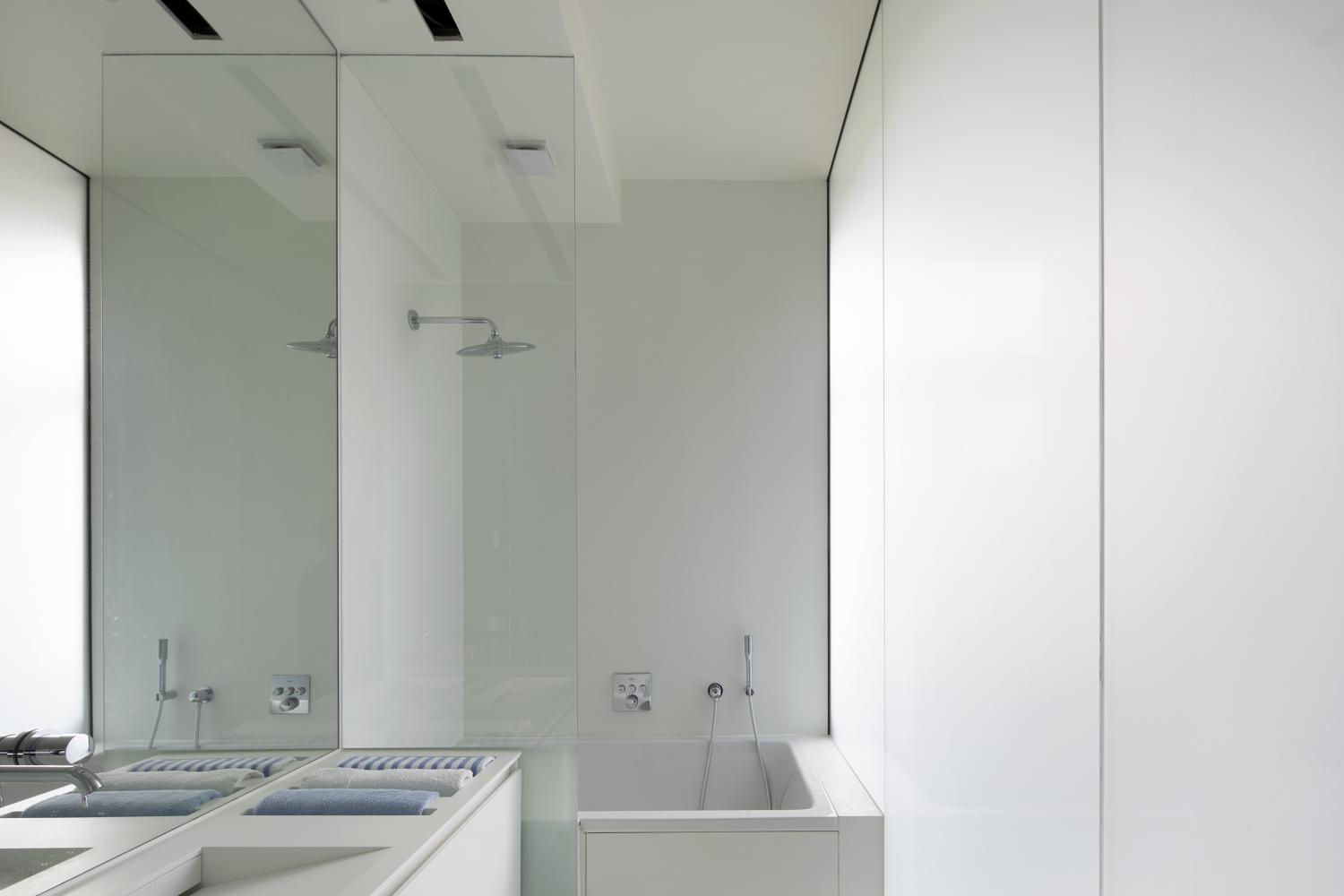 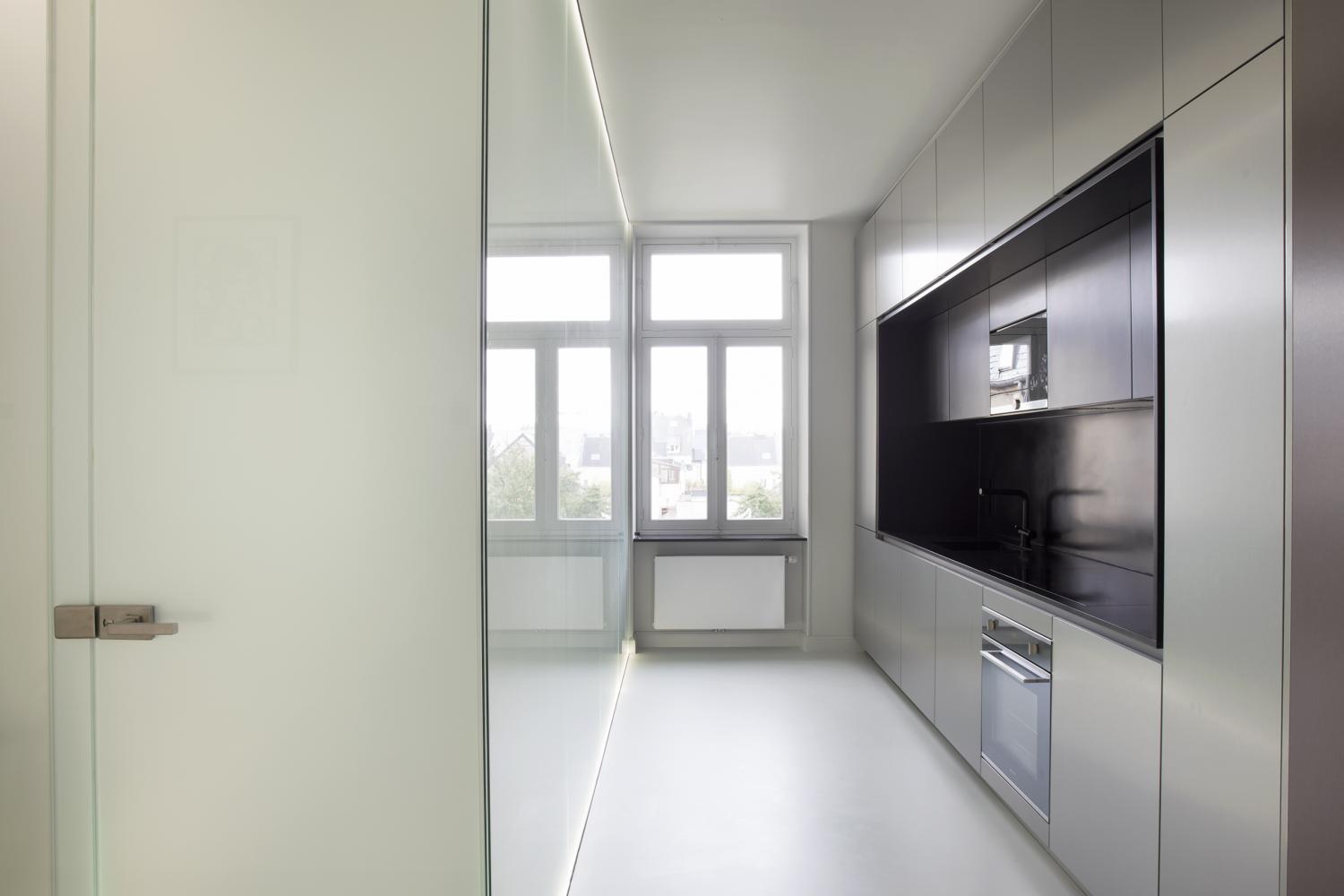 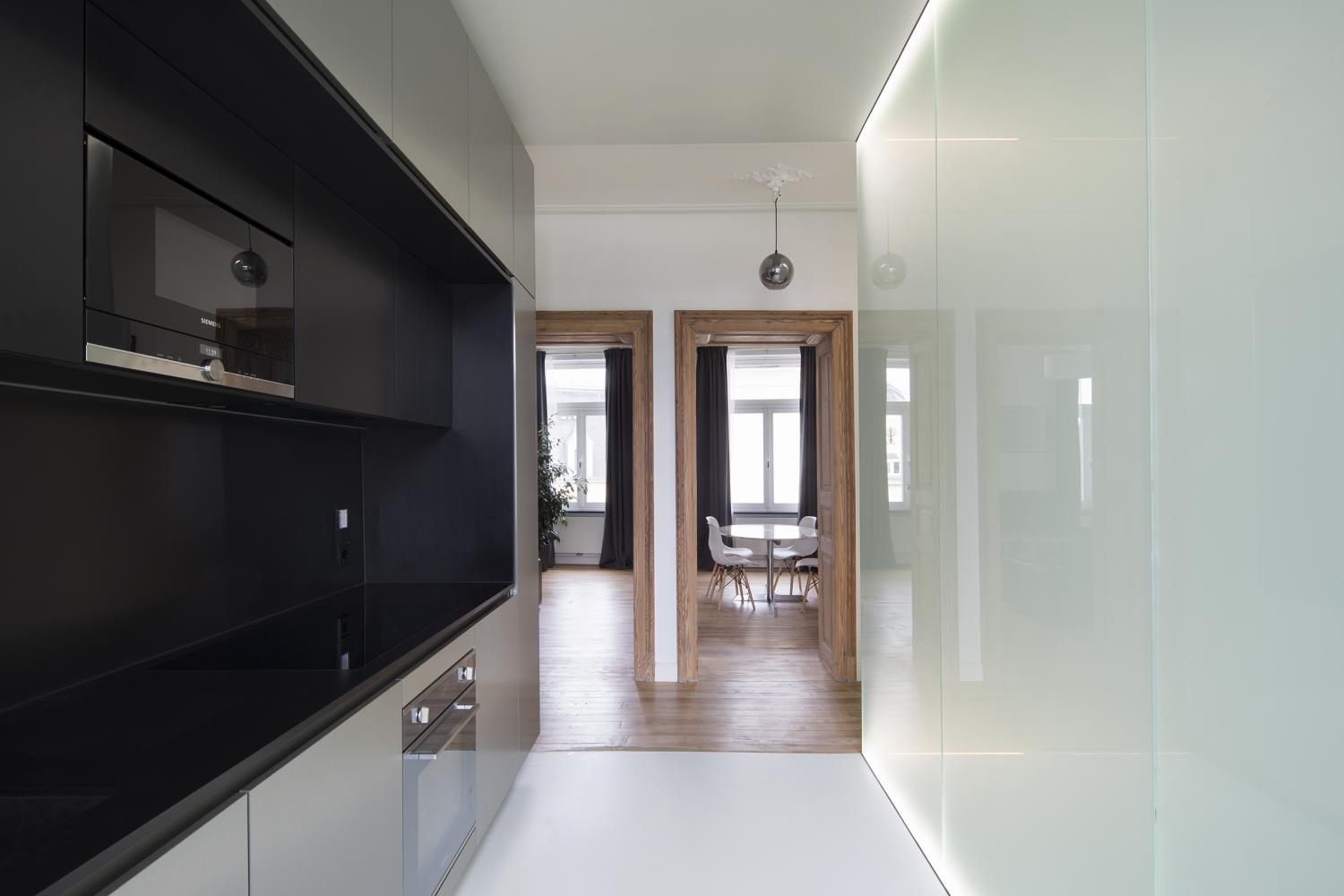 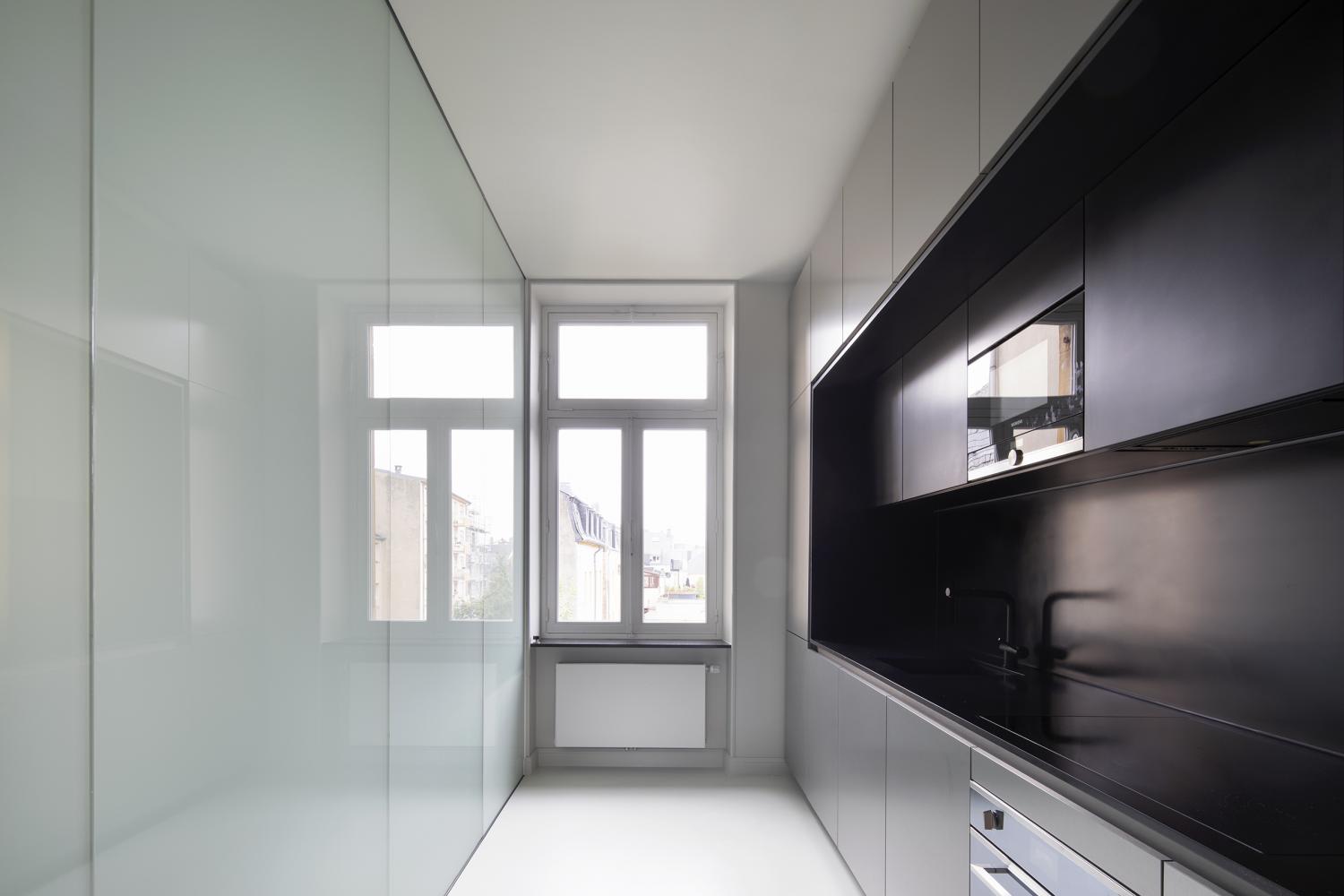 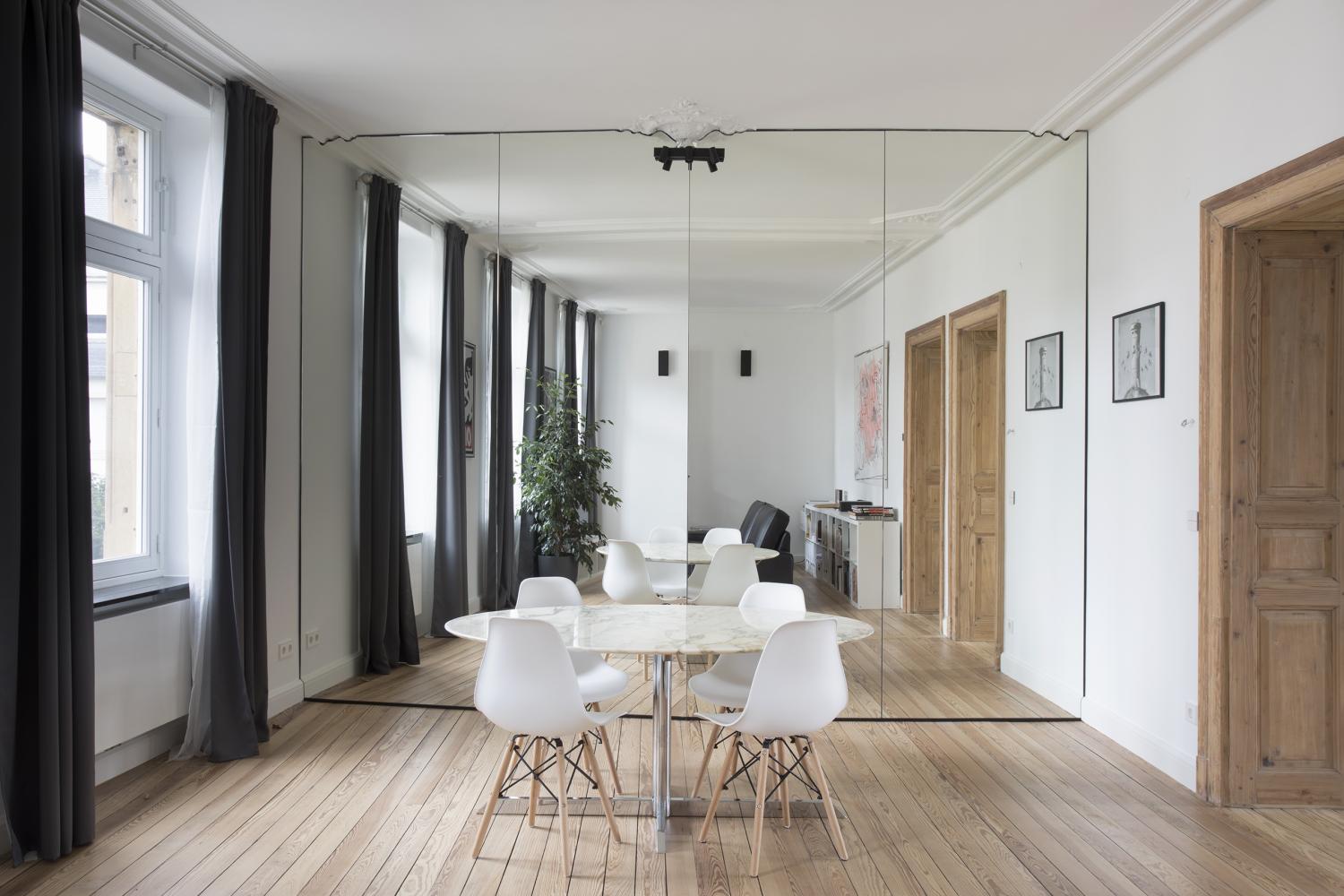 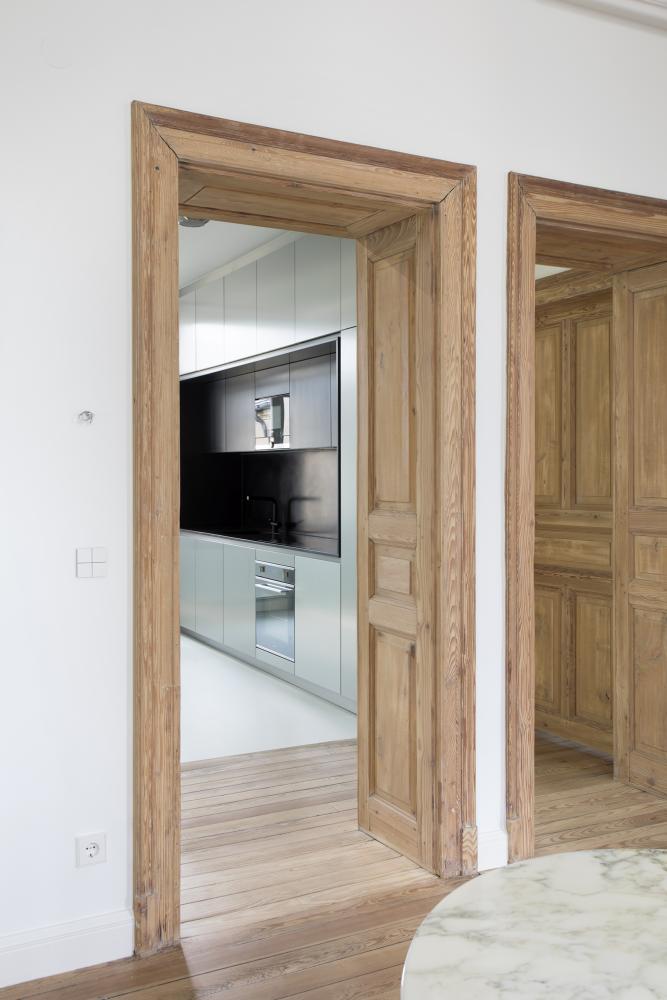 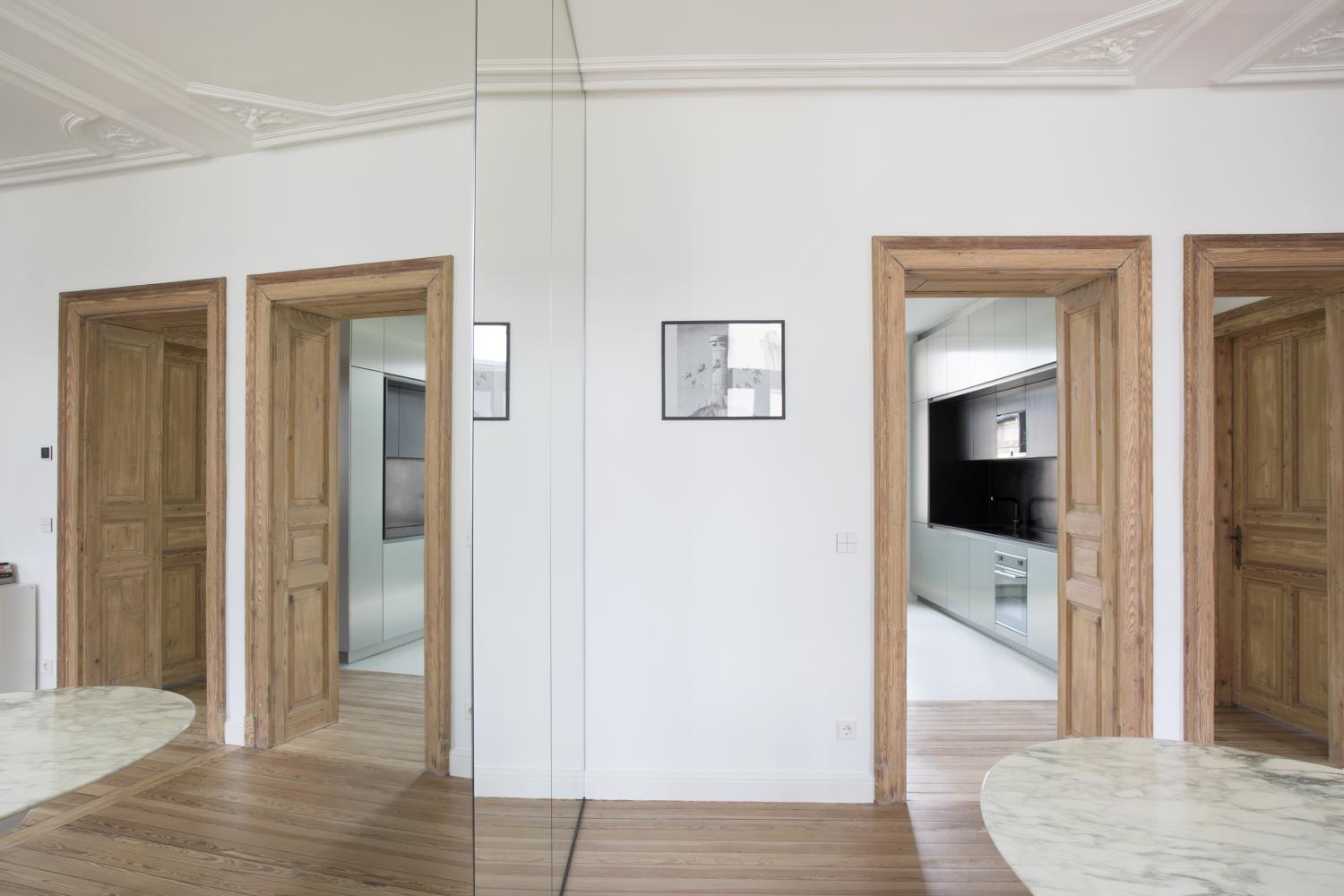 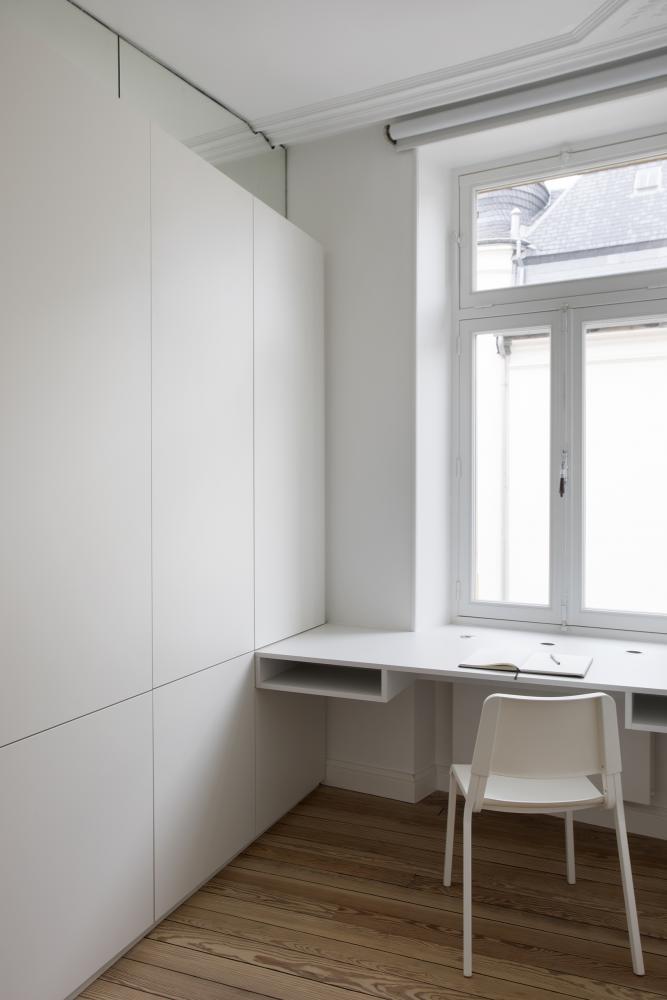 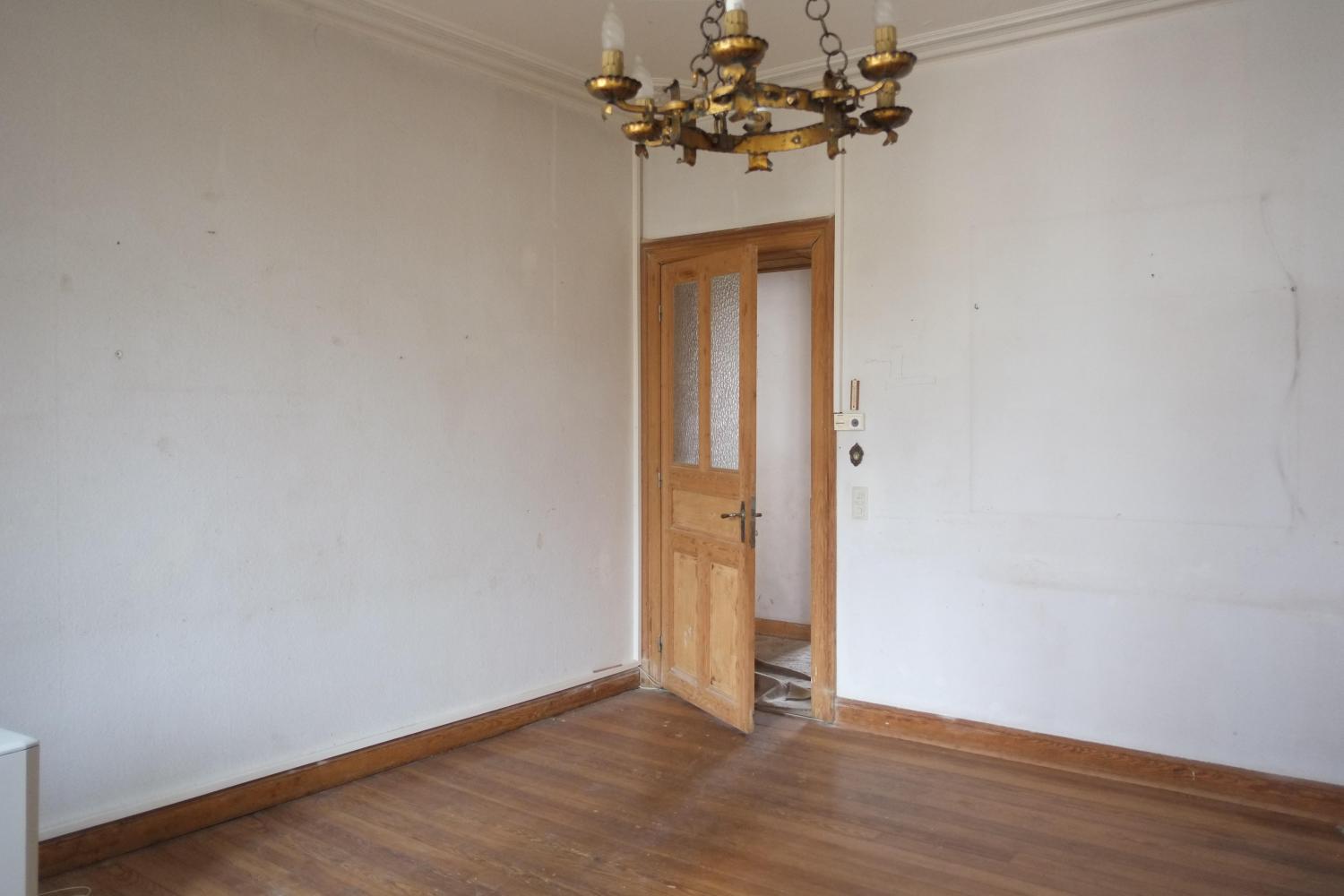 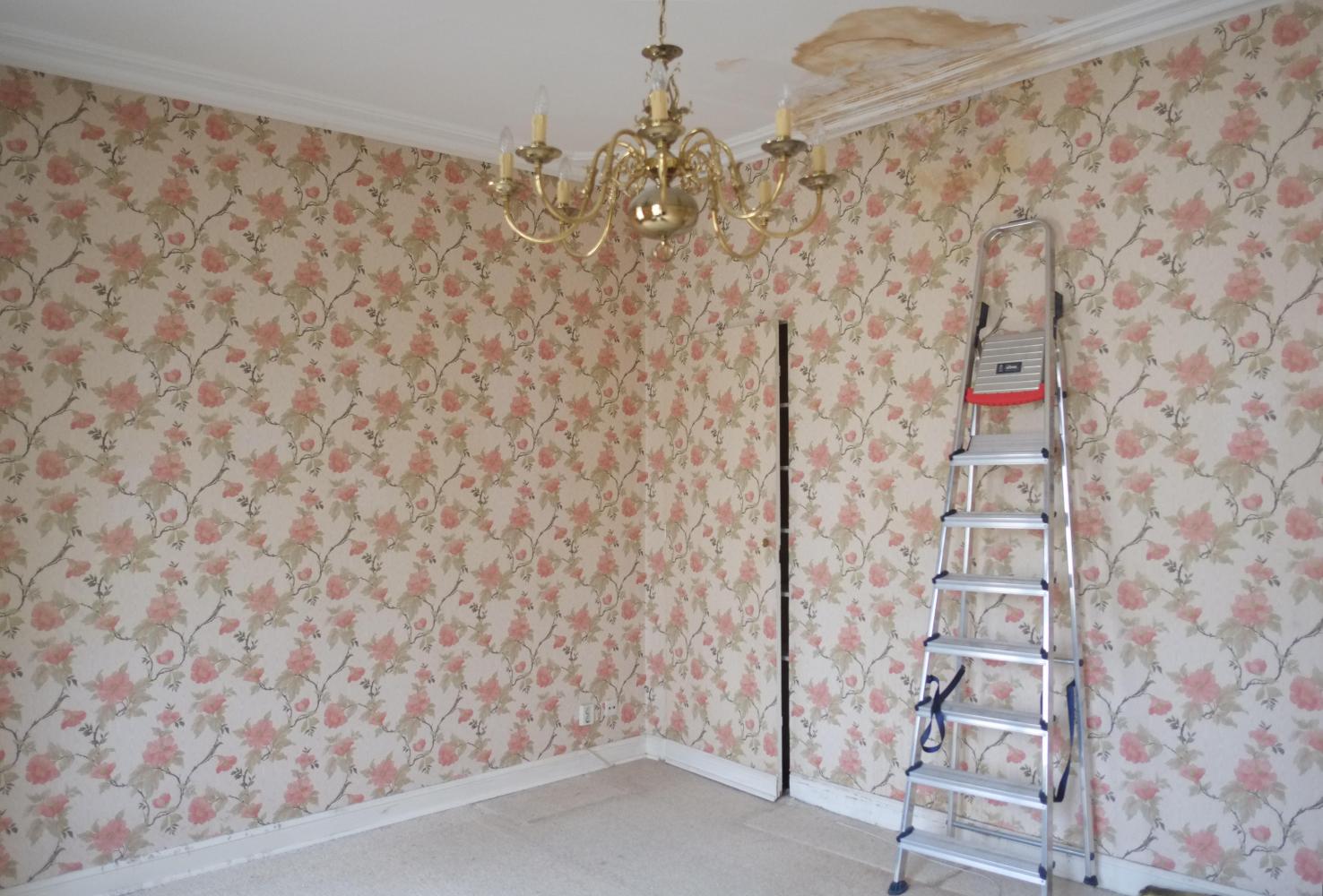 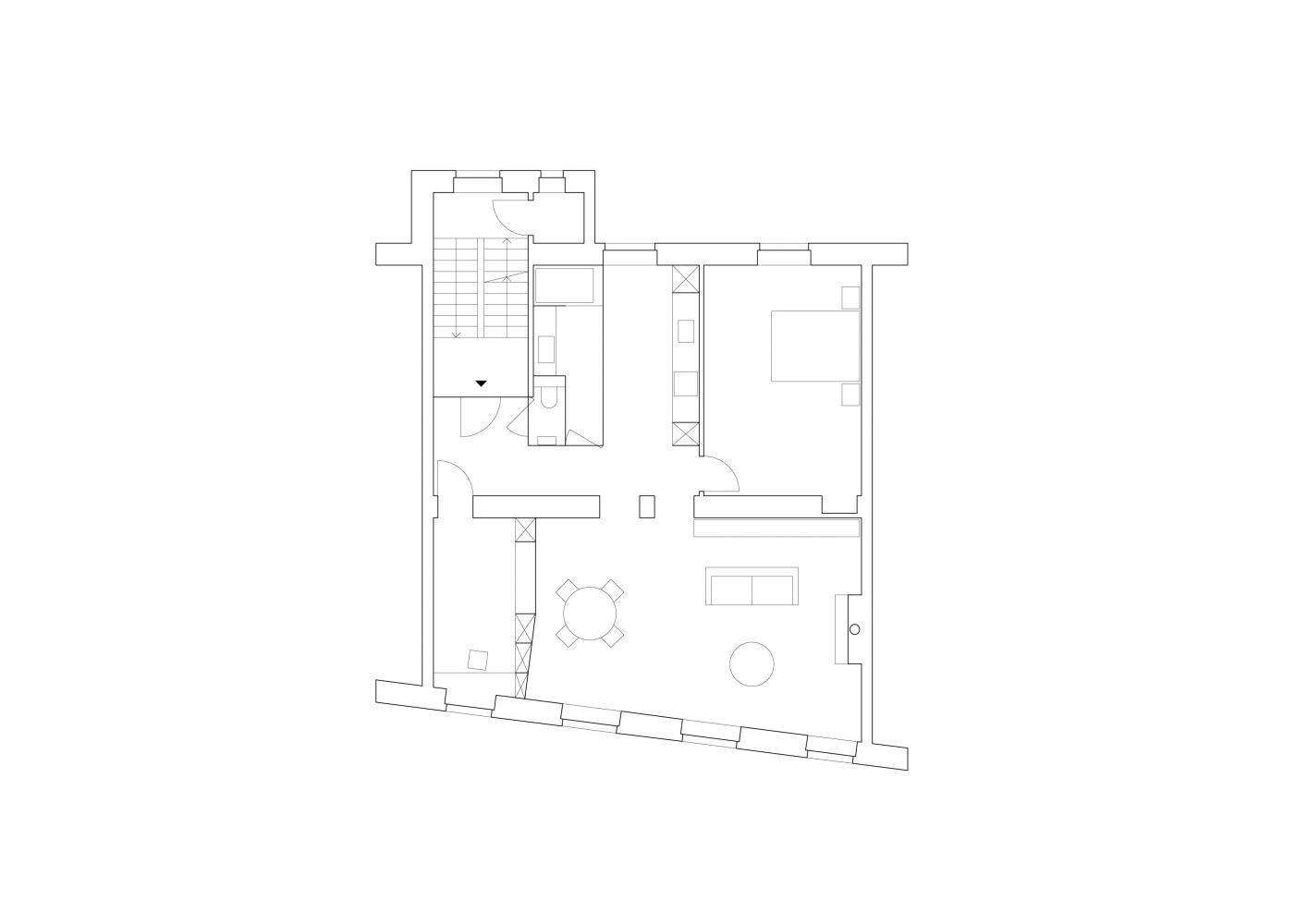 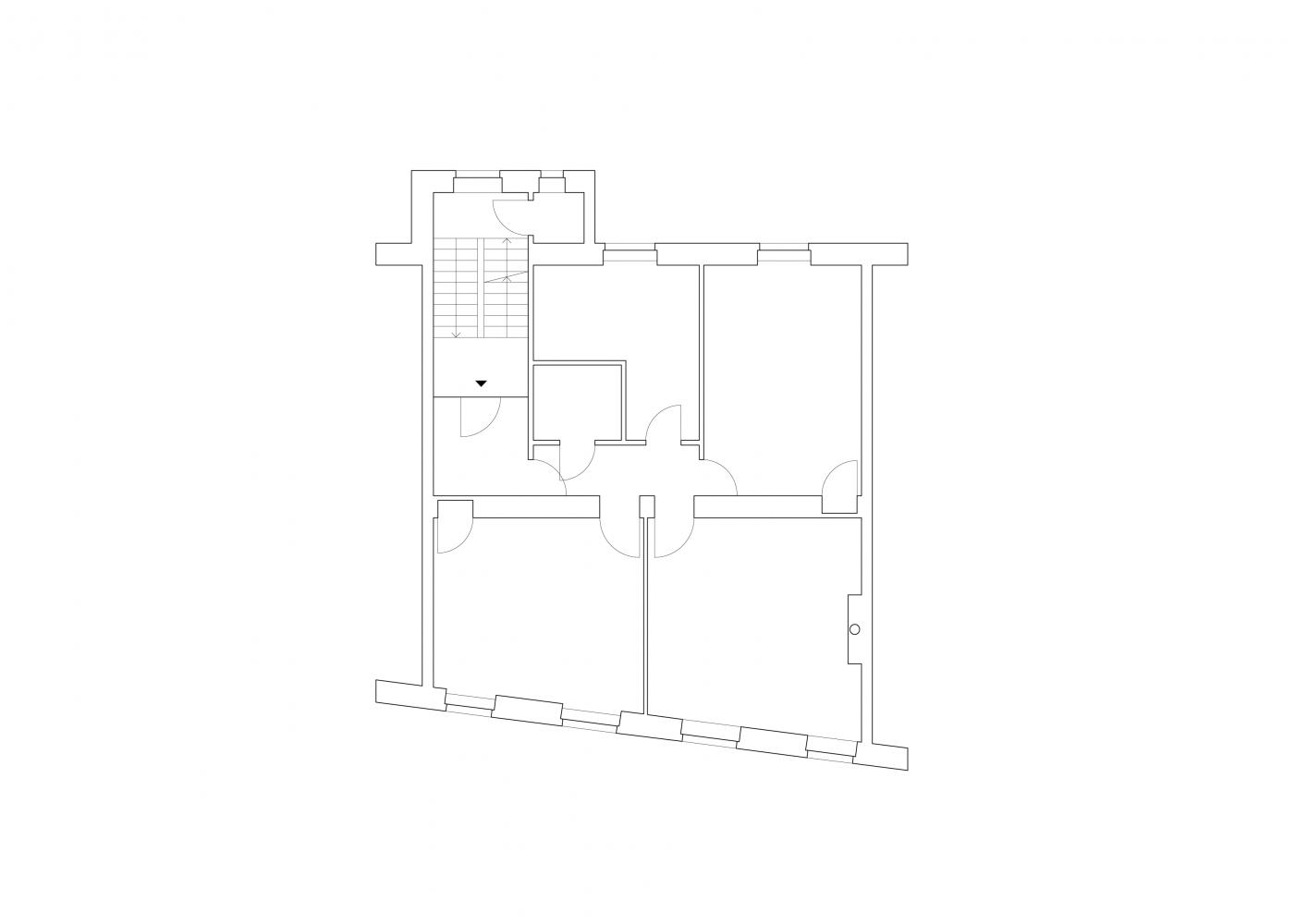