Facing several years of heavy renovation works of their sports halls dating from the 70s and 80s, the city decided on implementing a temporary infrastructure which could compensate the inhibiting situation for the clubs; a drink stand, a catering stand as well as a meeting space were defined as necessary functions.

Instead of spending on a makeshift solution, it was decided to design and build equipment that would further serve the city on similar occasions.

The 4 containers were insulated and pre-equipped with electrical installations before being shipped and installed on site.

Set on the densely visited entrance point to the sports complex, which gives access to the national tennis stadium, 2 football pitches, a fitness center as well as 3 sports halls, the equipment is designed so as to serve as a public gate;

The 2 used 40 foot containers are lifted from the ground and cover the passage between the 2 catering containers, turning it into a covered terrace when in use. 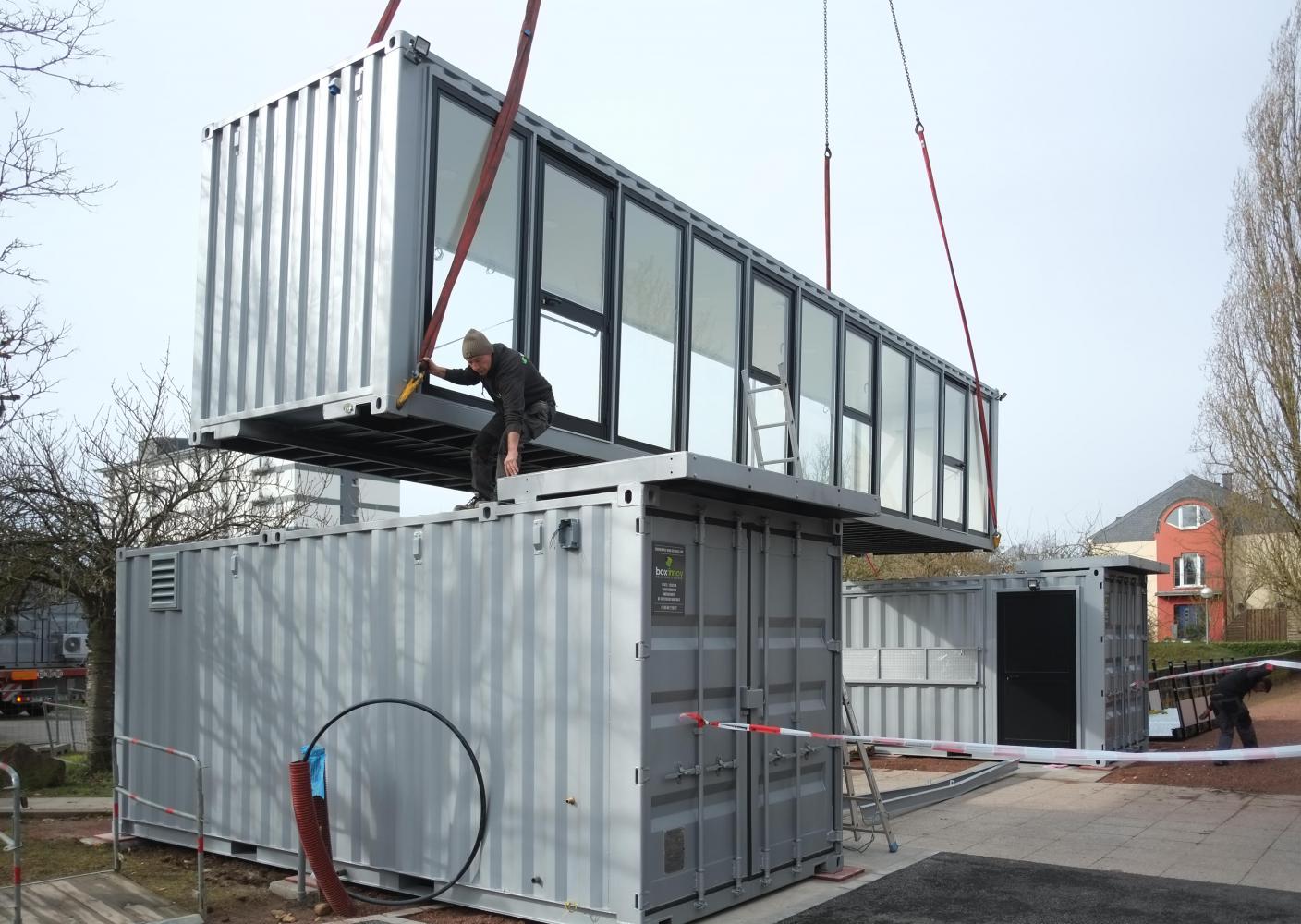 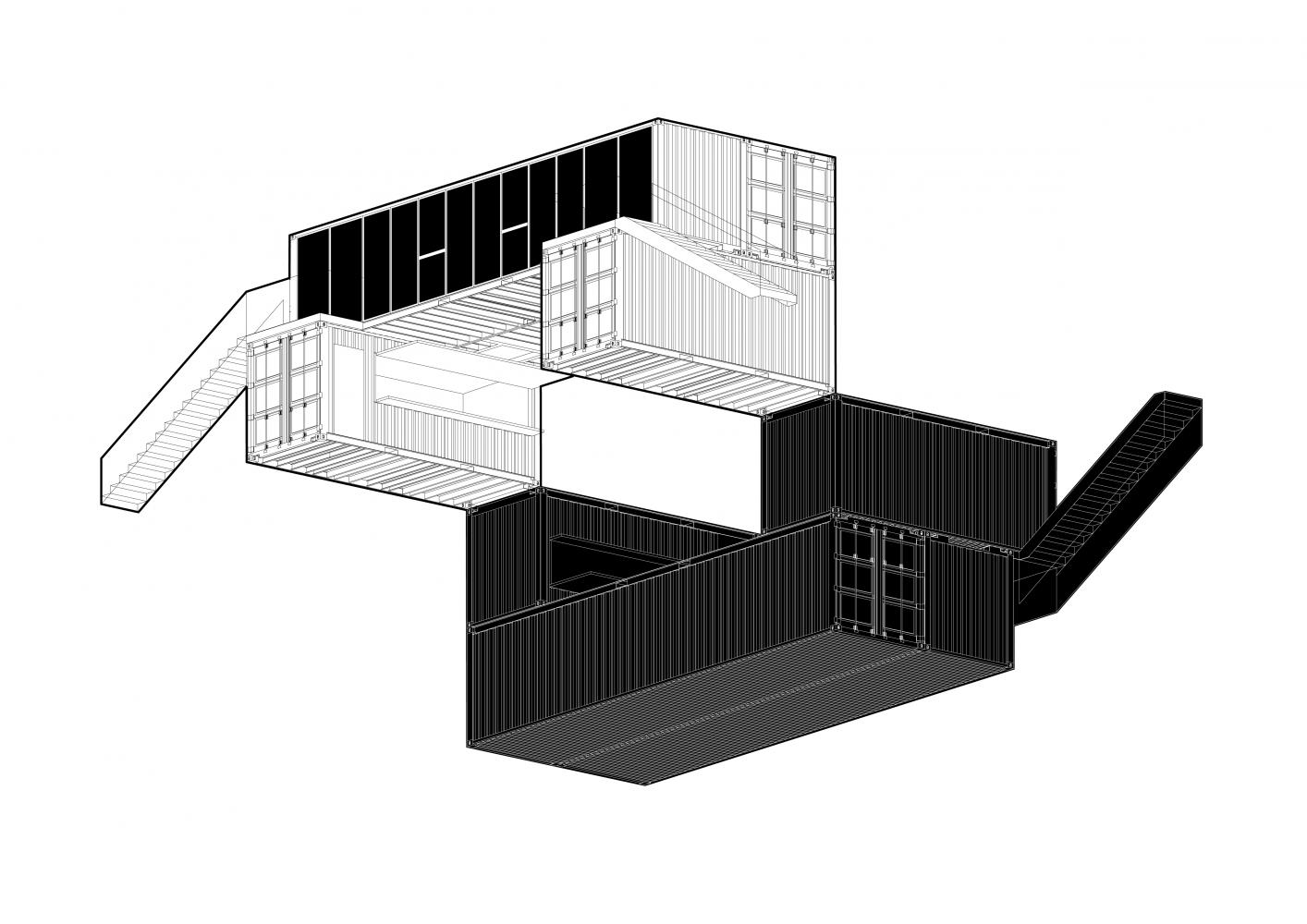 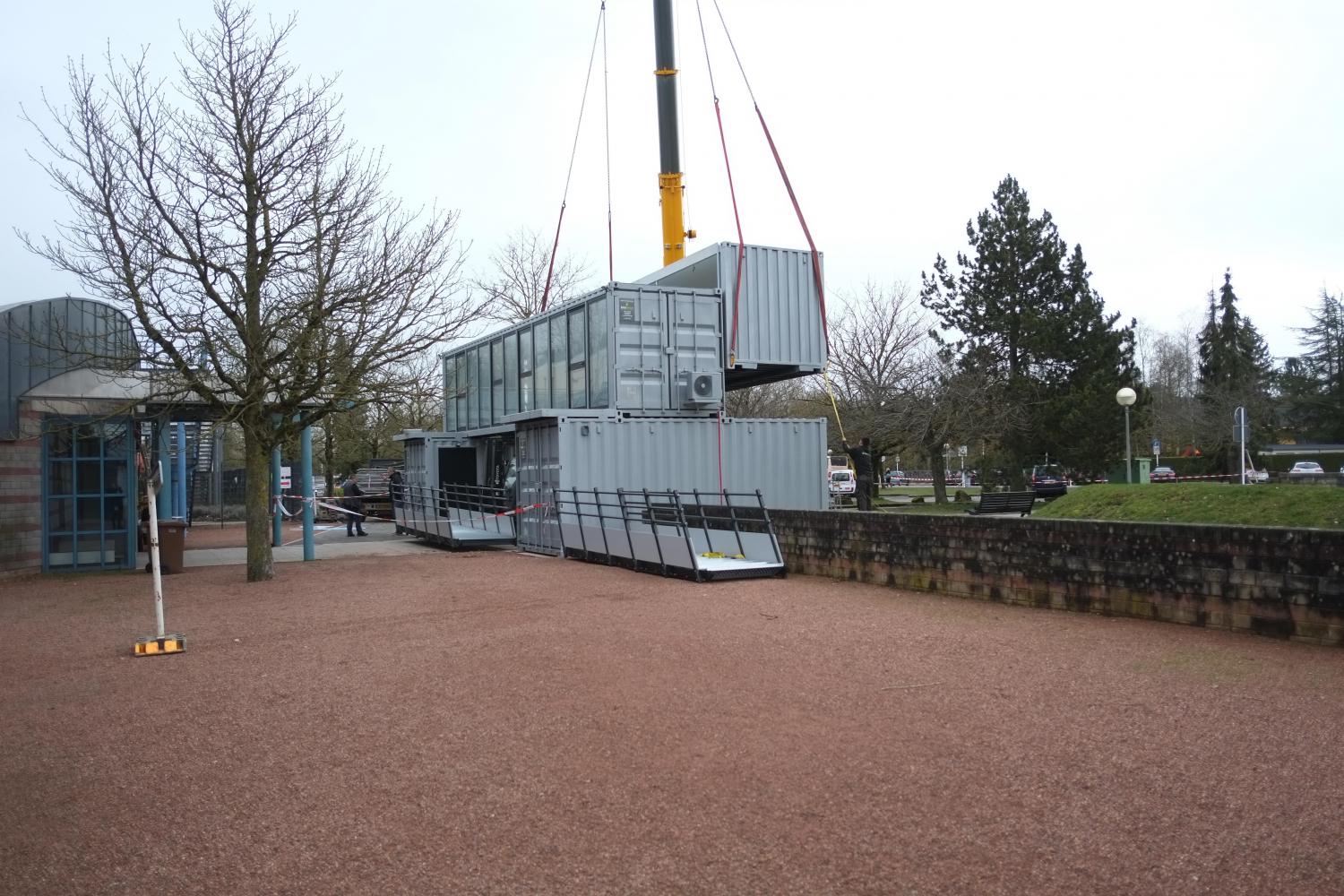 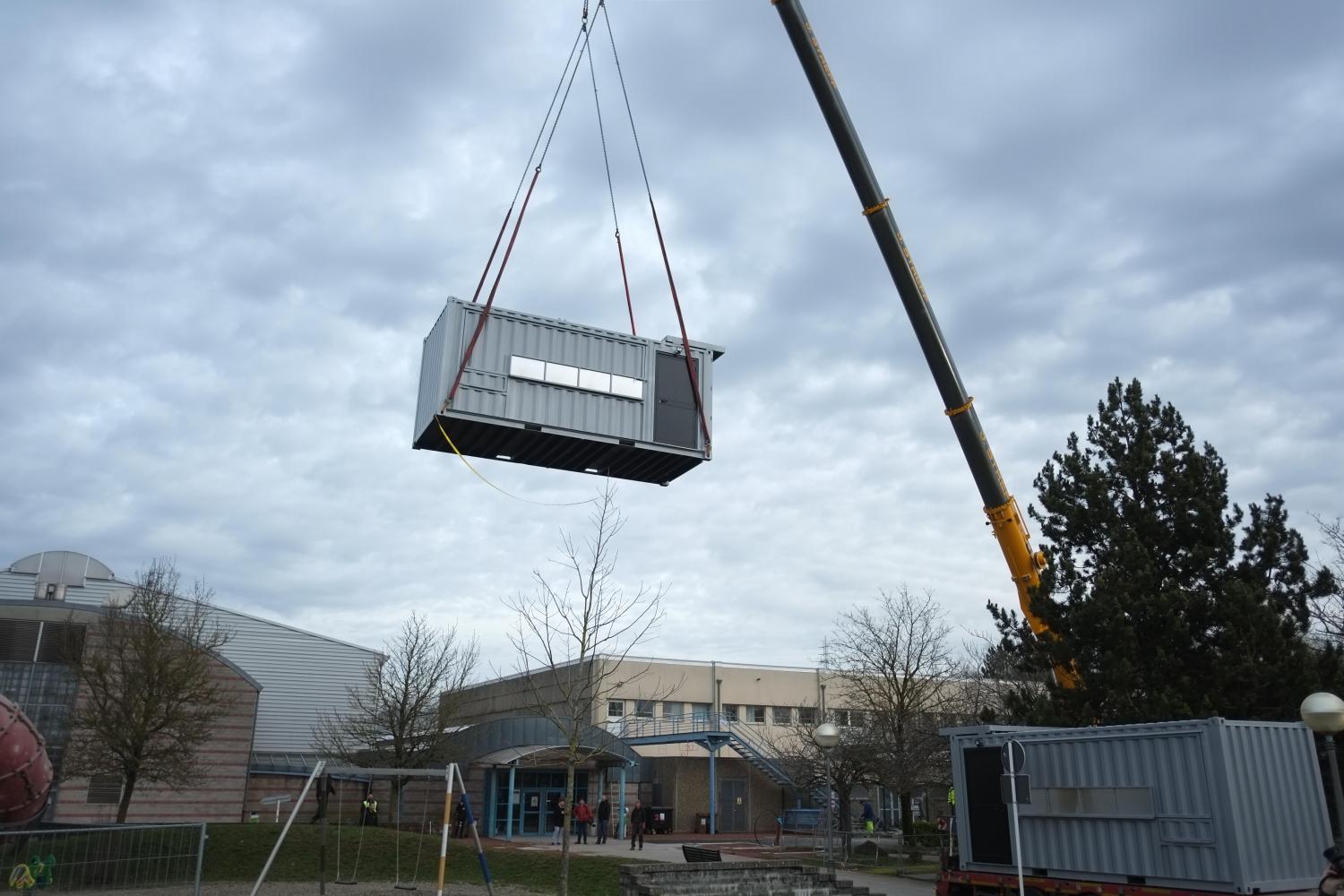 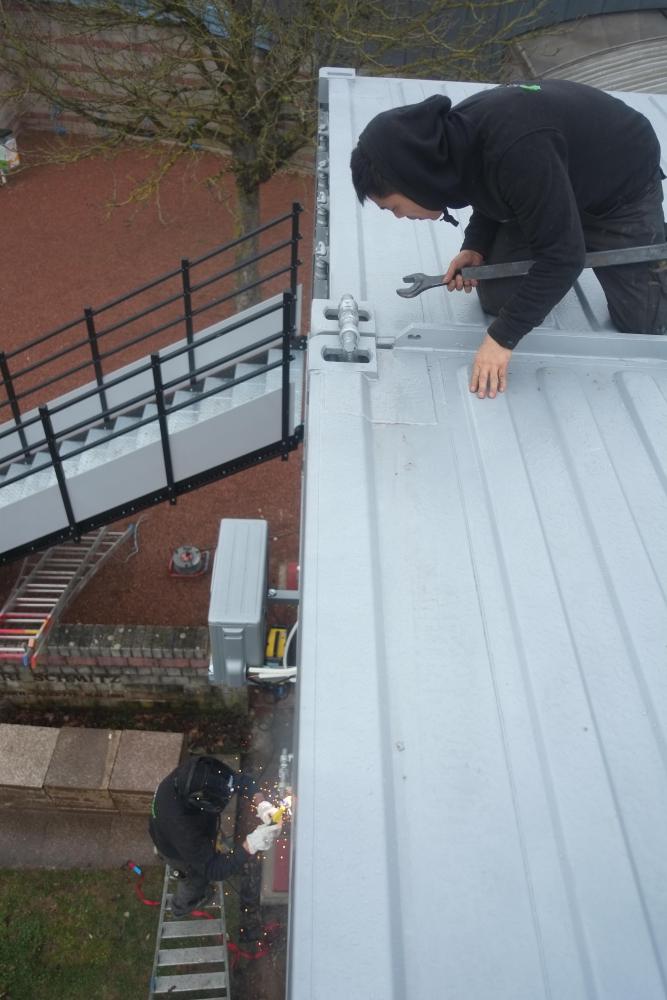